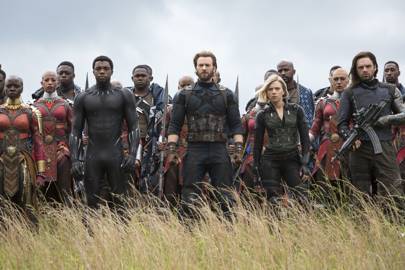 In May 2008, the recently formed Marvel Studios released its first film, and changed the face of modern cinema. Iron Man wasn’t even the highest-grossing superhero film of the year (The Dark Knight took that crown), but it was a kernel that has exploded into an all-consuming entertainment juggernaut. Eleven years on, the Marvel Cinematic Universe is a sprawling, interconnected web of previously obscure character movies and crossovers that has pulled in billions at the box office.

But which films are the best, and worst, of the bunch? Is Iron Man 3 better than Captain America: The Winter Soldier? How bad was The Incredible Hulk? We’ve spent hours arguing about the relative merits of Dr Strange and Captain Marvel, and at the end of it, we’ve got some irreparably damaged working relationships, and the definitive ranking of every movie in the Marvel Cinematic Universe.

Related note: it takes just over two days to watch all 23 films back to back. Most of them are now available on Disney+ and you can read our guide to the best films on Disney Plus to see what else is worth watching.

The forgotten Marvel film followed closely from the success of Iron Man, but relative to the other films in the series, it was a critical and commercial flop. Edward Norton did a perfectly fine job as Bruce Banner, but the story goes that he wanted more creative control than a tightly related web of movies would allow, and so he was replaced by Mark Ruffalo before Avengers Assemble four years later. The film feels very dark and gloomy compared to the brightness of later efforts, and the CGI has not aged well. But most importantly, the recasting of such a different actor also means that the events of this film have largely been ignored ever since – there were a number of planted seeds that never bore fruit, and Banner’s emotional backstory and relationship with Betty Ross (played by Liv Tyler) is never mentioned again.