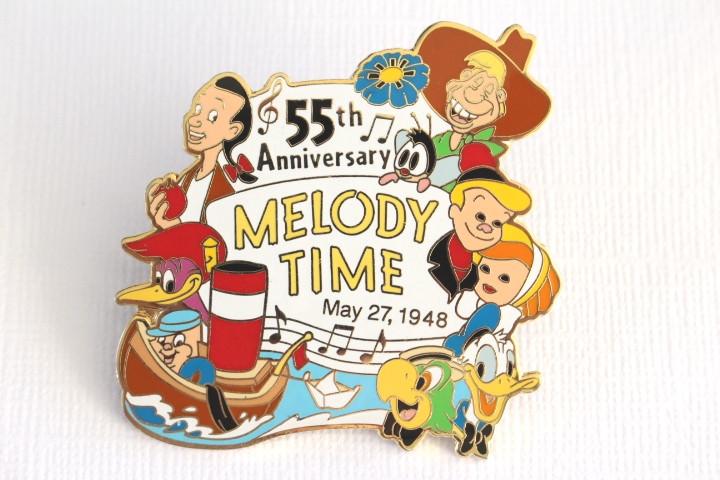 Maybe the most uneven of the “package films,” there’s also some lyrical beauty to be found in Melody Time, which, despite its ups and downs, makes it the best of the bunch – or at least the most interesting. Originally intended as an anthology of American folk heroes (only two are left in the final product), it serves as a kind of half-formed follow-up to Fantasia, which despite its commercial success was still seen as a creative north star. Of the seven short sections, most are at least entertaining and some are downright stunning. “Once Upon a Wintertime,” with its bold, graphic aesthetic and wordless storytelling, is something of a Disney holiday classic; there’s a kind of odd beauty to “Trees,” due mostly to its use of “frosted” cells to convey its storybook origins; “Pecos Bill” is a rousing salute to American mythmaking; and “Blame it on the Samba” features our friends from Saludos Amigos, which is fun. Ultimately, Melody Time (like the other package films) sits awkwardly between an overlong “Silly Symphony” and the grand ambition of Fantasia. When the film was released it failed to recoup its hefty $2 million price tag, blamed (by Roy Disney, at least) on a polio scare that was keeping children away from movie theaters. The result was layoffs at the studio and a three-week Hawaiian cruise for Walt. He wanted to forget about work for a while. It’s easy to understand why.