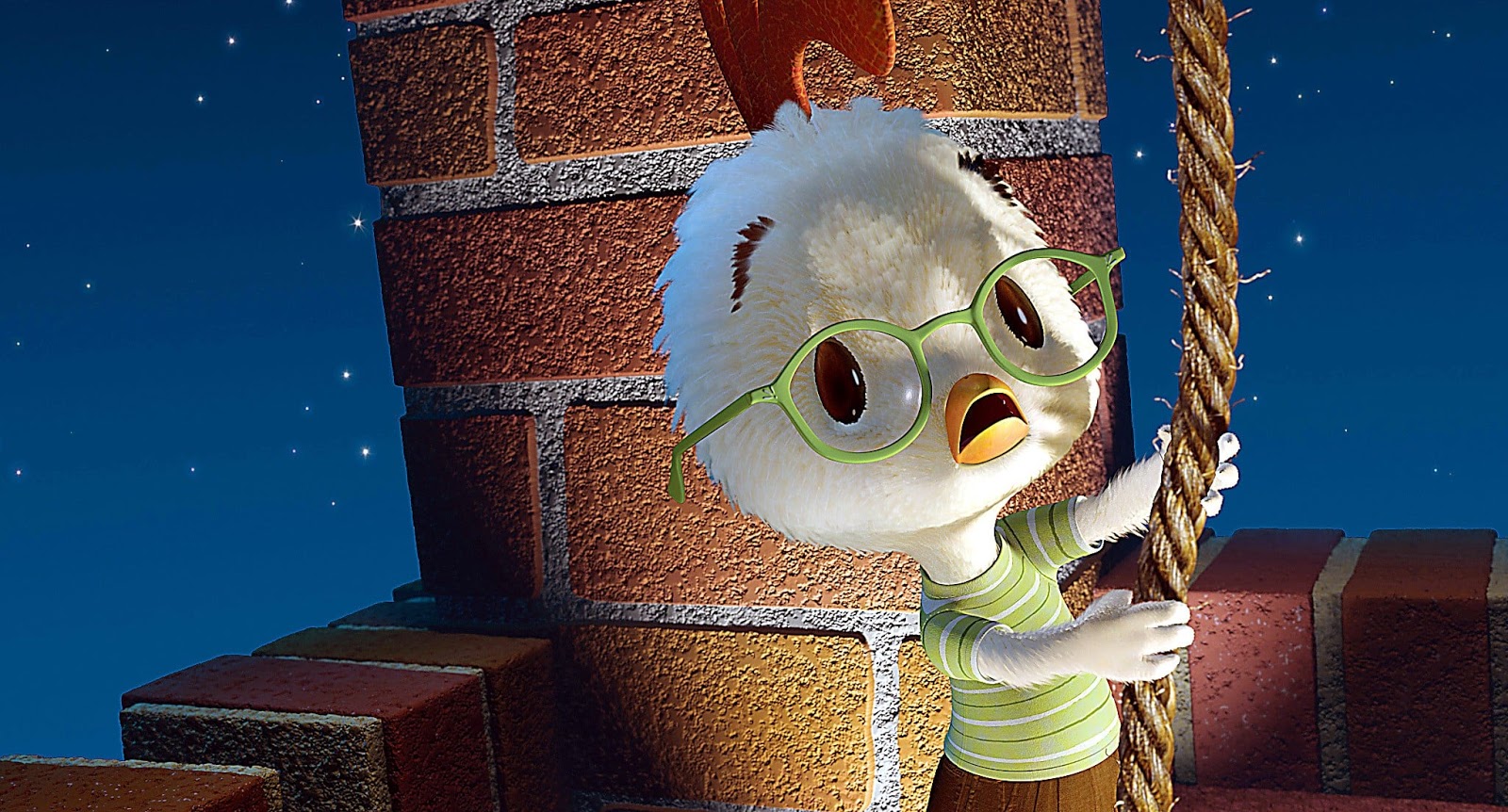 The mid-2000’s where an interesting time for Walt Disney Animation Studios; they had all but completely abandoned the traditional hand drawn animation, with the satellite studios in Paris and Orlando quietly closing their doors as well (in 2002 and 2004 respectively).

There was even an attempt to produce sequels to Pixar films without their involvement, thanks to a loophole in their original arrangement that Michael Eisner wanted to exploit (there was even an additional animation studio – Circle 7 – set up in Glendale to handle the sequels). And in this chaotic time WDAS was trying to reinvent itself as the fresh, edgy, computer-generated studio of tomorrow.

It was as messy and aimless as the animation studio had been since Walt died, and was marked with the same kind of creative and financial uncertainty. And into this Chicken Little was born. This is a movie that made no impact. You don’t see plushes of the characters in Disney Stores and you don’t see them walking around Disneyland or Walt Disney World shaking peoples’ hands.

It has all but evaporated from the public consciousness and for good reason: it’s really pretty bad. Originally envisioned as a more unconventional story about a female Chicken Little and her relationship with her father, it transformed over the years into a kind of sci-fi comedy, with the “sky is falling” referring to an alien invasion. (Okay.) Mark Dindal, who had previously directed the deeply brilliant The Emperor’s New Groove, feels lost with the extra dimensionality and the animators, learning an entirely new methodology, aren’t exactly on their game. This is probably the ugliest looking Disney movie ever.