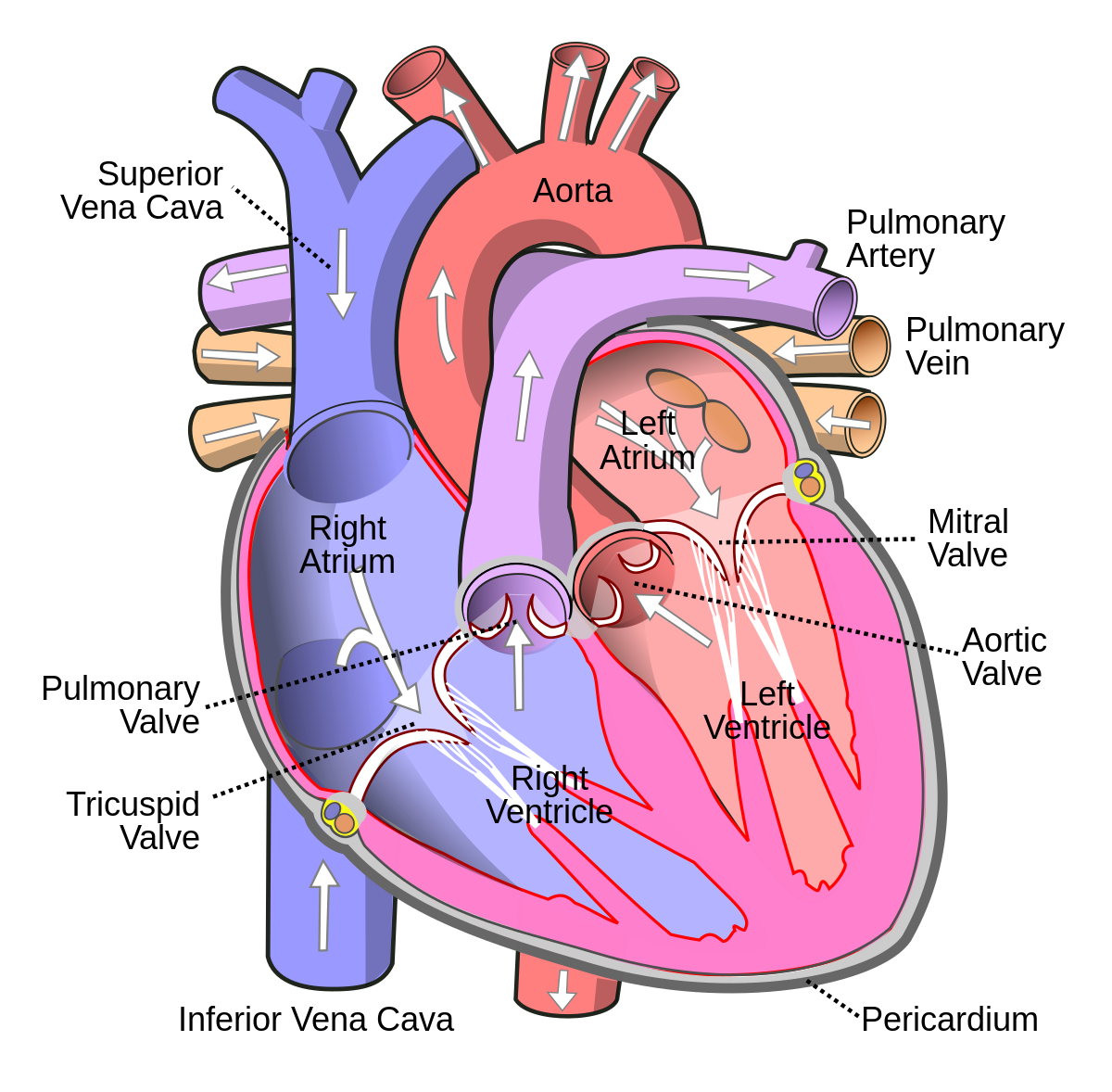 The heart is made up of four different blood-filled areas, and each of these areas is called a chamber. There are two chambers on each side of the heart. One chamber is on the top and one chamber is on the bottom. The two chambers on top are called the atria (say: AY-tree-uh). If you’re talking only about one, call it an atrium. The atria are the chambers that fill with the blood returning to the heart from the body and lungs. The heart has a left atrium and a right atrium.

The two chambers on the bottom are called the ventricles (say: VEN-trih-kulz). The heart has a left ventricle and a right ventricle. Their job is to squirt out the blood to the body and lungs. Running down the middle of the heart is a thick wall of muscle called the septum (say: SEP-tum). The septum’s job is to separate the left side and the right side of the heart.

The atria and ventricles work as a team — the atria fill with blood, then dump it into the ventricles. The ventricles then squeeze, pumping blood out of the heart. While the ventricles are squeezing, the atria refill and get ready for the next contraction. So when the blood gets pumped, how does it know which way to go?

Well, your blood relies on four special valves inside theheart. A valve lets something in and keeps it there by closing — think of walking through a door. The door shuts behind you and keeps you from going backward.

Two of the heart valves are the mitral (say: MY-trul) valve and the tricuspid (say: try-KUS-pid) valve. They let blood flow from the atria to the ventricles. The other two are called the aortic (say: ay-OR-tik) valve and pulmonary (say: PUL-muh-ner-ee) valve, and they’re in charge of controlling the flow as the blood leaves the heart. These valves all work to keep the blood flowing forward. They open up to let the blood move ahead, then they close quickly to keep the blood from flowing backward.

The movement of the blood through the heart and around the body is called circulation (say: sur-kyoo-LAY-shun), and your heart is really good at it — it takes less than 60 seconds to pump blood to every cell in your body.

Your body needs this steady supply of blood to keep it working right. Blood delivers oxygen to all the body’s cells. To stay alive, a person needs healthy, living cells. Without oxygen, these cells would die. If that oxygen-rich blood doesn’t circulate as it should, a person could die.

The left side of your heart sends that oxygen-rich blood out to the body. The body takes the oxygen out of the blood and uses it in your body’s cells. When the cells use the oxygen, they make carbon dioxide and other stuff that gets carried away by the blood. It’s like the blood delivers lunch to the cells and then has to pick up the trash!

The returning blood enters the right side of the heart. The right ventricle pumps the blood to the lungs for a little freshening up. In the lungs, carbon dioxide is removed from the blood and sent out of the body when we exhale. What’s next? An inhale, of course, and a fresh breath of oxygen that can enter the blood to start the process again. And remember, it all happens in about a minute!

Opportunity to get money at ufabet